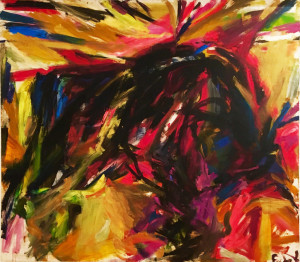 The Beyond Secretary exhibit will be on display at the New York City gallery, located at 52 Last/6th Street, from October 20, 2016 to December 5, 2016. The exhibit highlights “The Divine Feminine”, which has seen a renewed interest in certain philosophical and spiritual circles. Featuring wise, strong women in varied expressions of feminine power, the exhibit pays homage to the intrinsic power of women that is often suppressed and promotes greater gender equality.  Learn more.

The Wall is The Floor: The Shaped Canvas/Wall Sculpture 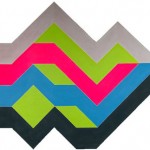 The Wall is The Floor: The Shaped Canvas/ Wall Sculpture exhibit will be displayed at the New York City art gallery from December 8, 2016 to February 8, 2017. The exhibit takes a contemporary look at the pioneers of shaped canvas and untraditional wall sculpture, including Frank Stella, Sydney Butchkes, Neil Williams, and John Chamberlain. These artists had a big impact on each other’s work and helped abolish the traditional two dimensional painting, bringing geometric constructivism into a new dimension. Learn more.